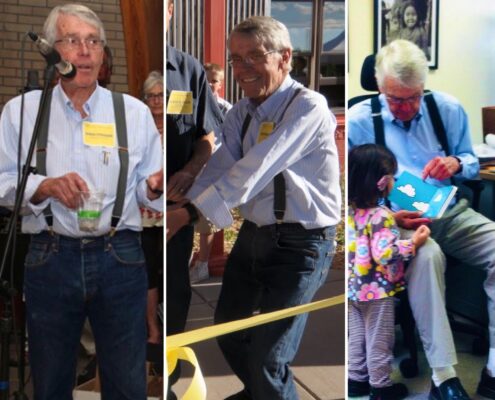 Last Friday, we were saddened to learn that George Stranahan died at 89.

We knew his health had declined, but he was the kind of person you expected to just keep going. Passionate, feisty, determined.

Third Street Center would not have happened if not for George.

He founded Manaus, which provided the predevelopment money for the project. He served as a founding Third Street Center board member through the redevelopment until the building re-opened in June 2010. He also co-chaired our Capital Campaign.

He then spent a decade in the building helping Valley Settlement and other projects he cared about grow and develop.

Third Street Center and past/present tenants are some of the many beneficiaries of his life’s work. He will be missed, but stories about him (and there are many) will live with everyone he helped.

We are forever grateful.

Powered by the sun
Scroll to top