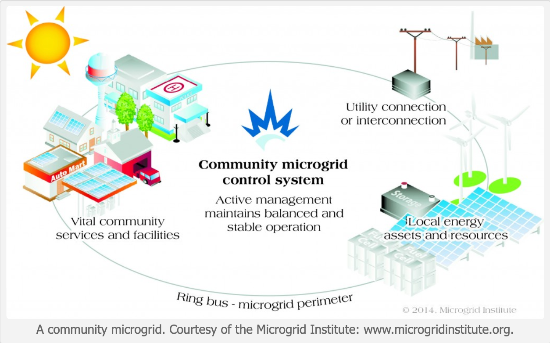 The proposal offers a 30,000ft perspective and includes many conceptual steps to provide context for the two components for which we are asking seeking funding.

The project will have tremendous educational potential because Third Street Center is centrally located in the region and the building as several heating challenges in relation to becoming carbon-neutral that exist in almost all the buildings in our region built over the last 50 years.  This project will pioneer how public and community buildings can become closer to carbon neutrality, save energy costs, and become critical parts of a resilient community micro grid in case of natural disasters and power outages. The transition to becoming a carbon-neutral community is also rich with educational opportunities that this project can share with the larger region.

Moving from natural gas to solar energy to heat our facility requires that we have a good way to power the building in case of electric power outages, which occur more often than gas outages.  Two events over the last year have caused us to pursue battery storage as a critical first step in the Third Street Center’s transition off natural gas and toward carbon neutrality. They include:

With the help of CORE Design Assistance Grant, we have engaged Sunsense in Carbondale to design a battery back-up system that can be powered by our solar panels for emergency situations and enable base power (emergency lighting, boiler, thermostats, door locking system) for 24 hours.

The Third Street Center battery back-up system will be a model for other emergency service buildings such as Town Hall, the Fire Station, the Water and Waste Water Plants, and the Roaring Fork Family Physicians building, all of which have some solar power generation, to install a locally powered emergency back-up system.

These RTUs are the easiest to transition from natural gas pawer to solar electric power as there are efficient Air Source RTUs on the market. Replacing the current gas powered units would accomplish the following carbon-neutral goals:

Adding the additional energy load of the air-source heating units would reduce the amount of solar energy Third Street Center currently sends back on the grid by roughly 20%.  This “space” would allow Third Street to add another simple solar array and shade structure on the south side of the Calaway room to offset the increase use in electricity and still remain below the 120% limit of solar energy production from any one property.

We plan to work with the Town and other state energy policy-focused organizations to create flexibility on the 120% restriction on energy production per property especially for emergency and Town sponsored community resilience systems.

If successful, we would like to install solar canopies over our parking areas.  An initial analysis and layout (see image) show a 150kw system could generate 230,00kwh/year, roughly the amount needed to make a carbon-neutral energy district that would include the Bridges Property and the Carbondale Library where Third Street Center is today – all electrical power from the sun.

We estimate that the Third Street Center site could add up to a 400 kW solar system before reaching capacity.

The main part of the Third Street Center, the sections of the building built 40-50 years ago, does not lend itself to individual air source roof top units since there are upwards of 40 rooms.  Consequently, we are examining ground source heat (potentially under new parking on the east side of the building) or a larger air source system to heat (and cool) the facility. This process will take some analysis to determine which approach or combination of approaches would work best.

As there is no cooling infrastructure in the building, except for a swamp cooler over the dance studio, these new systems have the potential to cool the building during the summer months that have become warmer over the last several years during do to climate change.

From a community resilience and emergency preparedness perspective establishing backup systems at key facilities is one step, but connecting them into a community microgrid takes their capacity to support a community in an emergency to a much higher level.  That connection also sets the stage for the infrastructure needed to enable the Town to reach its carbon-neutral goals. This step is only possible with some changes in state regulations, which some organizations are working on.

If we can connect the community microgrid, we then have the ability to expand solar production throughout the community, store it, and distribute and distribute it to meet Town clean energy goals. This doesn’t mean Carbondale is not connected to the larger grid, instead, it is a complimentary emergency safety net and a tool to meet our carbon-neutral goals without having to wait for a large investor-owned utility (like XCEL) to meet similar goals. 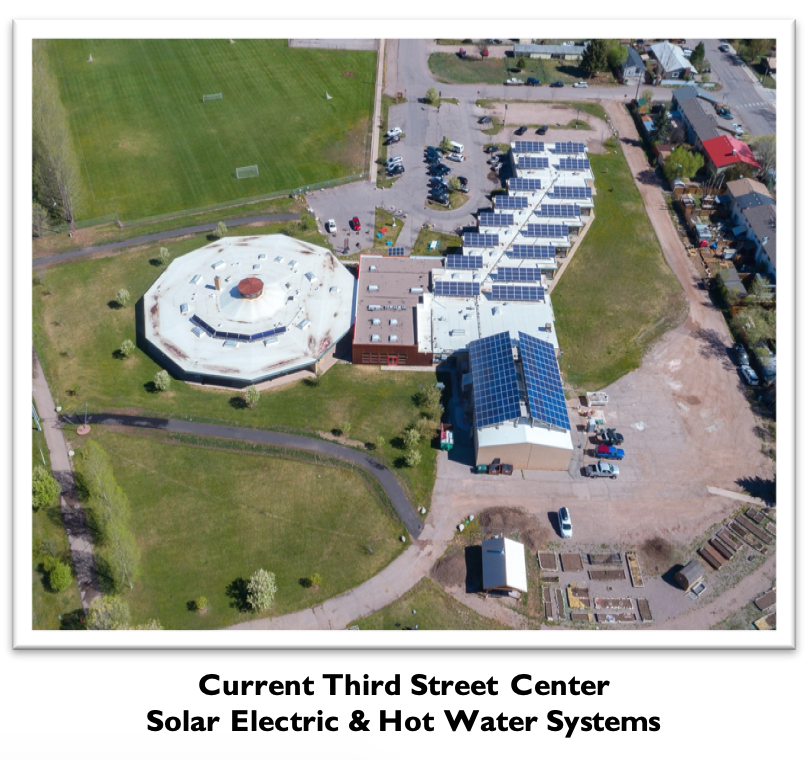 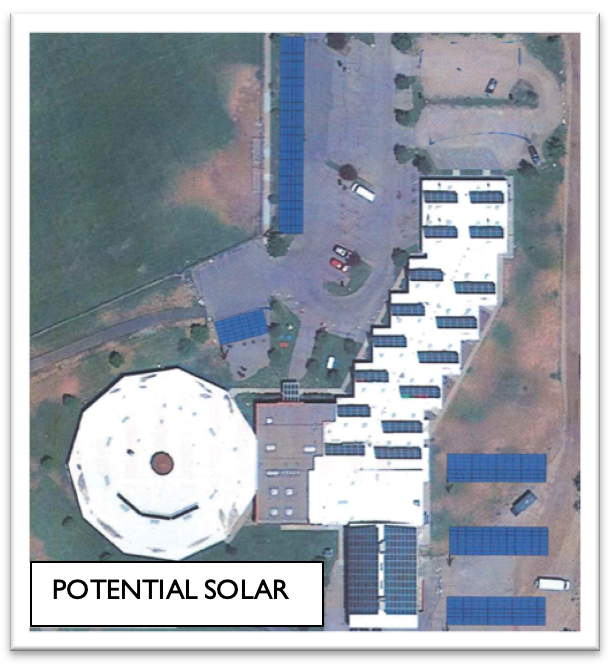 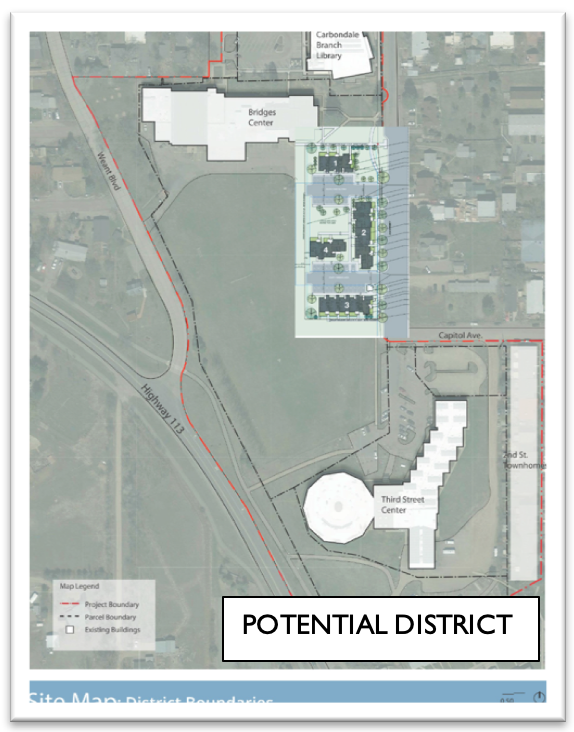 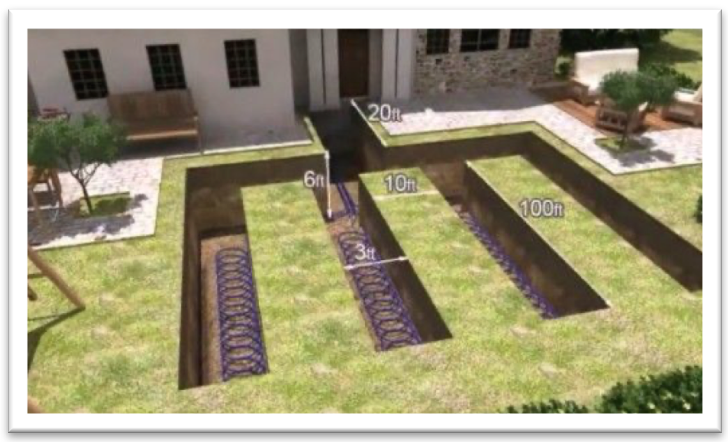 Check out the Town of Carbondale’s 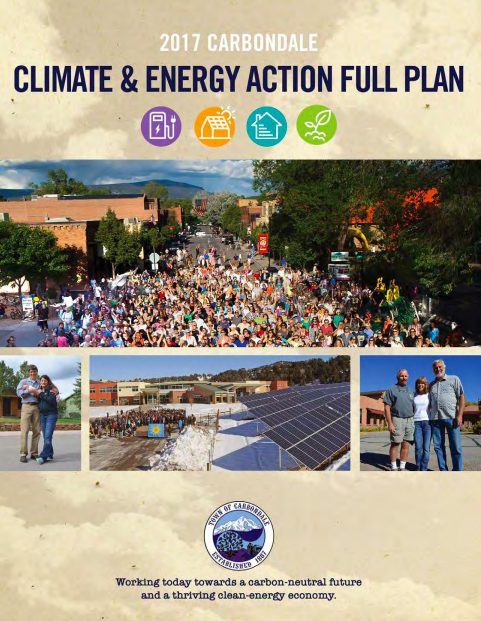